ISTR not the Ishtar Conference

The International Society for Third-sector Research known as ISTR or “I Star” – (editor’s note: which sounds to us at ozphilanthropy like Ishtar, goddess of love, fertility and sometimes community) is an international membership association of researchers, academics, pracademics and educators.  It covers philanthropy, civil society and the nonprofit sector with a focus on Europe and developing nations.  The other main international association in the nonprofit space is ARNOVA, the Association for Research on Nonprofit Organisations and Voluntary Action based in the USA. Both hold international conferences and publish academic journals on nonprofit research.

ISTR’s 13th International Conference took place in Amsterdam.  Being co-chaired by Ruth Phillips from the University of Sydney there was a strong Australian connection.  The conference theme was “Democracy and Legitimacy”.  As with any conference, there was an over-abundance of parallel sessions so the highlights below should be seen as a ‘tasting menu’ of what was on offer.

I was lucky to attend the conference and the PhD student seminar that preceded it.  These strengthened my belief that there is excellent and very topical research being done across the world into the diverse and fascinating field of the Third Sector, charities and nonprofits.

Networks are often providers of services to clients or beneficiaries, so researchers can use the network as the unit of analysis in research, rather than examining organisations, institutions or individuals.  Some questions which came up included: “From a philanthropic perspective, how could funders provide resources to a network rather than an organisation?”  “Could funders accept grant applications from networks?”  New jargon alert – to “un-bubble” or to stop considering organisations as standing alone (either foundations or their beneficiary organisations).

Hybridisation refers to organisations such as social enterprises or collectives which blur the lines between for-profit and not-for-profit.  Does this blurring result in instability and loss of collective identity?  Hybrid organisations must deal with the increasing complexity that results from multiple logics.  What does that look like for those organisations?  How does it affect their identity?  One presenter took this further, calling individuals ‘hyborgs’.  It’s not just nonprofit organisations that are dealing with multiple different expectations, it’s the people who work in nonprofits too.

Food security is an emerging area for the third sector, particularly with small, grass-roots civil society organisations operating in a very local, place-based context.  Voluntas (ISTR’s academic journal) has a forthcoming special issue on food security and FoodBanks.   Nonprofit organisations working to address food security are a long-term favourite of philanthropic funders both in Australia and internationally and are increasing their visibility and presence globally. 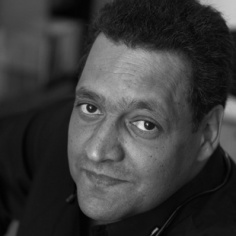 Foundations
Gerry Salole, Chief Executive of the European Foundation Centre, played a role as ‘devil’s advocate’ on a panel, making provocative remarks about challenges facing structured philanthropy such as:
i) we need to expand our definition of what philanthropy is to encompass things not captured in Western/US definitions. There is a trend for the wealthy to find new forms for wealth distribution beyond traditional foundation structures

ii) we are counting stuff that doesn’t matter and making a religion of it. If by counting you understand less, then it is both harmful and a waste

iii) as foundation funders, we count proxies for things to measure, and then we think we are answering the question about what impact we are having

iv) we are comfortable talking about where the money comes from, how much of it there is, and what we do with it. But – we don’t talk about who is making the decisions, and how they are accountable. We don’t ask how many foundations are governed by fewer than four people, or how many foundations have divested from oil?

v) another presenter spoke of foundations ‘grooming’ nonprofit organisations to carry out foundations’ chosen purposes or activities on their behalf.  This made me feel particularly uncomfortable.

Often the purview of community foundations, place-based giving was described as an ‘extended family’ with members including self-organised grassroots groups with no formal structure, citizen initiatives, place-based collectives, and participatory alliances. Presenters noted that practice is well ahead of scholarship in this field where giving is collective rather than individualistic, and key themes are vitality and commotion – rather opposed to traditional philanthropic institutions!

And a final, overarching question from the conference:

Can we convince people that data is accurate, and that it matters?  And if it’s possible, how should we best go about it?

What are your thoughts?

Alexandra Williamson is a final year PhD student at the Australian Centre for Philanthropy and Nonprofit Studies at Queensland University of Technology in Brisbane.  She is the recipient of an APA (Australian Postgraduate Award) PhD Scholarship from the Australian Government.  Her PhD research examines the accountability of Public Ancillary Funds.  Alex’s publications can be found at QUT’s ePrints digital repository.   Connect: ak.williamson@connect.qut.edu.au