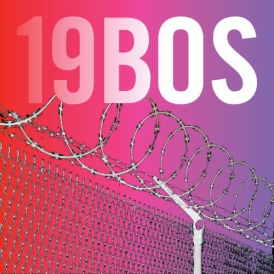 Readers, today there is a debate about funding, the arts, ethics and government support.  The discussion around whether an organisation which has a corporate supporter has the “right” to terminate that relationship is becoming politicised, particularly by the Minister for the Arts, Senator Brandis, who has written to the Australia Council asking them to review their policies relating to organisations which “unreasonably refuse corporate support” but continue to seek Government funding.

I find this extremely disturbing.  In a time when ethical investing, impact investing, and the idea of understanding where our dollars are invested in order to further strategic philanthropic goals is growing in importance, it seems a strange disconnect to me that an organisation is being criticised for its decision to take an ethical stance on a particular issue.  See  this from the Sydney Morning Herald and this radio transcript from an interview this morning.

Corporate sponsorship serves a different purpose from philanthropy.  Sponsorship is a commercial transaction whereby both parties gain some form of benefit – usually for the sponsor it is that intangible goodwill, good corporate citizen kudos, as well as the opportunity to get their name in front of an audience, and benefits for staff (free/discounted tickets, opportunities for volunteering, engagement in matched giving etc).

Philanthropy in its truest sense is the giving of a gift for no visible or material return (unencumbered by the desire for publicity, recognition or brownie points – though no doubt all foundations and philanthropists would love this as a side benefit).

For a corporate sponsorship relationship to succeed there needs to be an alignment of values for both organisations – in the end, the relationship is not about the exchange of cash, though that is of course very important – but it should be about providing a resonance between the two organisations.  Most likely in this instance, this was originally the case but circumstances have changed for the sponsoring organisation, and for the issue at the heart of the matter (the treatment, and offshore detention of refugees/asylum seekers).

I do not want to get into the tintacks of the specific case, as it is highly emotive.  But I would hearken back to the days when tobacco companies were gleeful supporters of the Australian Ballet and sporting events.  (I am taking a sentence here from wikipedia, so forgive my laziness:) “In 1992 the Tobacco Advertising Prohibition Act 1992 expressly prohibited almost all forms of tobacco advertising in Australia, including the sponsorship of sporting or other cultural events by cigarette brands”.  If this Act were not in place, would it now be considered “unreasonable” for cultural organisations to refuse funds from the tobacco industry on grounds of political correctness or health awareness or simply not wanting to be associated with products that are known to have harmful effects? Or under the Minister for the Arts’ proposed code – should they just take the money and shut up?

The topic is complex (or not – depending on where you sit – and depending whether you even care about the arts receiving funding – as so many people who comment on the articles about this appear to be) but I think this is an important debate and I would love to hear your views.

4 Responses to Is Corporate Sponsorship Philanthropy?