Posted on September 8, 2013 by ozphilanthropy 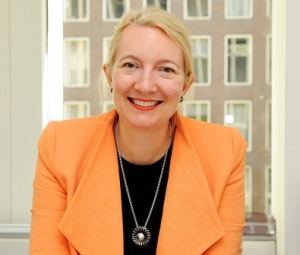 Catherine believes that community foundations are more stable where there are denser populations and that they adapt to the culture of their own countries.  Key characteristics of community foundations as defined by WINGS (WorldWide Initiatives for Grantmaker Support) are that they are flexible, engage civil society, use their own money and assets and are values based. (Also see Eleanor Sacks Current Issues for the Global Community Foundation Movement).

Catherine noted the Lord Mayor’s Charitable Foundation’s support of other organisations promoting philanthropy and grantmaking, such as Australian Community Philanthropy, the Australian Women Donors Network and the Australian Environmental Grantmakers Network, and of having the funds available to look at social investment.  She anticipated a new financing model for the Lord Mayor’s Charitable Foundation.

She spoke briefly about how the Lord Mayor’s Charitable Fund (which has been going for 90 years and has a corpus of $170 million) is focusing on affordable housing, youth, ageing in a multicultural community and food security, as well as working with Greek, Italian and Chinese communities, refugees, pathways to education and employment and youth philanthropy in schools.

What do you think about the potential for community foundations in Australia? (I have strong views on this as it is my professional area, but I would love to hear your thoughts).

Thanks again to Swinburne Philanthropy Alumni for organising.