A tale of two community foundations

Once upon a time there was a community foundation dedicated to a large vibrant and bustling city (let’s call it Gotham).  Its focus was on supporting the wishes of donors in their philanthropic goals through donor advised funds (donors advise where they would like their gifts to go).  The community foundation was established 90 years ago, and over time had accumulated large assets, all the while supporting the intentions and interests of their many donors.

The city also grew, and in time, one of its boroughs was in itself large enough in population, that in any other situation it could have been considered a city itself (yet it remained a borough, one of five). 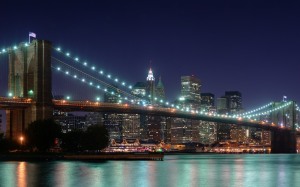 People in the borough felt that they needed more specific support for their community, and that they had a particular identity of their own, their own community spirit, and a desire to focus their work within their own geographic boundaries, and to have more say and direction in where philanthropic funds were being directed.  So, just a few years ago they set up their own community foundation, but instead of just putting funds where the donors told them to, they set up “fields of interest”funds like  Arts for All,Caring Neighbors, Community Development, Education & Youth Achievement, and Green Communities after exploring where the needs of the community actually lay, and invited donors to contribute specifically to these areas.

One of the questions which has been the source of recent  impassioned discussion , has been about what the role of philanthropic organisations, particularly community foundations, really is.

Should donors who have money be able to dictate what social needs should be addressed, simply because they have money? Does this give them more authority in determining the future direction of our communities?  As one of my colleagues says, donors are not elected, they do not have a mandate to create policy, so how is it that they can wield such power over our communities? (even if this is for the perceived good of the community).

Or should the community and community need be the driving force for philanthropy – in that the needs and problems should be identified first, and then the means to address and resolve them?

Bernadino Casadei from the Italian Association of Foundations believes that people have a moral imperative to give and that this is what makes one human, and that his role is to facilitate philanthropy, while remaining neutral in the distribution of philanthropic largesse.

Another view is that the needs of the community must be paramount, and the absolute starting point for any discussion about giving and philanthropy.

Is one approach better than the other? What is the role of philanthropy?  How can we balance two seemingly diametrically opposed starting points in order to work better, and perhaps more collaboratively?

This is of course, just a simple exploratory exposition of some of the ideas flowing around me at the moment, which will require deeper reading, discussion and thought.

It would be great to hear your thoughts on this, as it seems to speak to a key question of what is the role of philanthropy, particularly in a community foundations setting.

1 Response to A tale of two community foundations