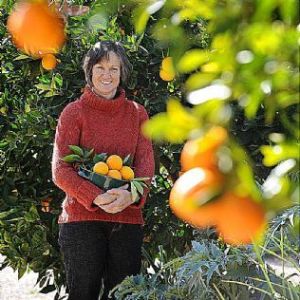 Sally Gamble from the Tomorrow: Today Foundation in Benalla (which has a population of 14,000) spoke at the Community Foundations Forum on their focus on education as a key to fighting disadvantage.

The foundation was formed in 2002 and believes in building a stronger tomorrow by addressing issues today. The foundation realised that it needed to take a whole of community approach with families, school and the community to reach its objectives for children in their region to meet the average of nondisadvantaged regions. Sally reiterated this point – surely it shouldn’t be that hard? The foundation understands that it might take 10 years to make an active change in their area and are monitoring their progress through research undertaken by the University of Melbourne.

In order to address the area of disadvantage they have identified in their local community they run their own Education Benalla programs Connect9 and Little Giggles playgroups as well as providing small community grants. In 2011 $25,000 was distributed to community projects.

I was struck (and impressed) by how community foundations with very small financial resources are able to make transformational changes within their regions and are closely connected to their communities.

Do you think that this is an easier thing to achieve in smaller geographic regions?