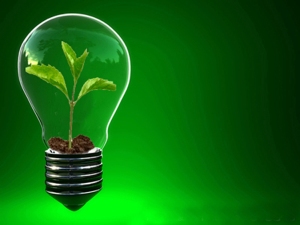 I have been wanting to write a review of Philanthrocapitalism for a while. But on speed reading through it in the last couple of days I started to question the immediate relevance for us in Australia.

Yes, there are interesting chapters on Andrew Carnegie, Ted Turner and his billion dollar gift to the UN, Bill Gates and libraries, AIDS and malaria, Bill Clinton and his advocacy of philanthropy, “celanthropists” – think Angelina Jolie as an advocate for child refugees, Madonna and her illfated Raising Malawi exercise and the ubiquitous Bono, as well as the divergence of opinion between ebay founder Pierre Omidyar and Grameen Bank’s founder Muhammad Yunus as to whether microfinance should be run for profit or not for profit.

But the book doesn’t refer at all to what is happening here. The only examples outside the US are in the UK and Latin America – which makes me ask – does philanthrocapitalism exist in Australia? That is, are successful business people applying their business models and practise to philanthropy? Should they be doing this?

This question led me to think about who might even qualify as an innovative business person involved in philanthropy – as opposed to a person or family who has set up a foundation based on wealth and dutifully grants out the minimum required 80% of the income on investments (currently under review for public ancillary funds) or 5% of net assets for private ancillary funds each year.

Dick Smith and Andrew Twiggy Forrest came to mind. Now bear in mind I am a blogger and not an academic researcher, so my method of having a little bit of a look into the kinds of philanthropy they are involved in involves a relatively quick google search. Dick Smith gained some notoriety at the end of last year while encouraging “greedy bank managers” to give more to charity, but I don’t quite see any clear strategy or “capitalism” in his philanthropy. While Twiggy has admitted to being quite influenced by Bill and Melinda Gates – he still seems to be just giving funds away rather than applying his own business model to his philanthropy.

Suddenly Social Ventures Australia (SVA) came to mind. SVA does approach philanthropy in a different way. SVA’s model for philanthropy is about considering support as a social investment, rather than a gift, with a particular emphasis on supporting organisations and projects which can be replicated on scale across the country. SVA is a kind of sophisticated donor circle, which pools funds raised and focuses on a small number of recipient organisations at any one time.

SVA even supports a School for Social Entrepreneurs for people with ideas to learn how “to enhance the effectiveness of Australia’s social entrepreneurs and their social ventures”.

These graduates will be our philanthrocapitalists. They find social problems which may have had charitable attempts at assisting them in the past (or may be new issues) and discover creative ways to solve them.

Perhaps philanthrocapitalism may not be as measurable here as elsewhere because there is indeed less of it, but that is not to say that people, donors, companies and foundations are not looking at strategic, thoughtful and inspired ways of giving and encouraging sustainability in the not for profit sector.

Later this week, and at an ungodly hour, I will be attending the Anglican Archbishop’s talk at BMW Edge on philanthropy, volunteering and something or other – called Better to give than Receive? The speakers are Australian of the Year (and philanthropist (not philanthrocapitalist)) Simon McKeon, Di Winkler who is working on the issue of young people in nursing homes, and Michael Traill, founder of Social Ventures Australia. I would argue that Michael is indeed a philanthrocapitalist as he has translated his business nous from his time at Macquarie Group into a model for philanthropy.

Can you suggest any other Australian philanthrocapitalists? Do you think it is important to be able to identify people as such? Isn’t being a philanthropist enough, without having to be extra smart and innovative as well? I am hoping some of these questions come up on Wednesday morning. Let me know if you want me to ask anything? I will report back.