from Kant to Catherine Keener

Posted on November 25, 2010 by ozphilanthropy

The Inaugural Great Philanthropy Debate was presented in 2010 by the then Melbourne Community Foundation  (now known as Australian Communities Foundation) and the Melbourne Writers’ Festival.

With a theme of ethics in philanthropy, and titled – The Giving Agenda: There’s Always an Agenda, the panel did not formally debate but took questions from the audience.

The panel was made up of:
John Armstrong, at the time, philosopher-in-residence at the Melbourne Business School
Amanda Martin, Chief Executive Officer, Australian Environmental Grantmakers Network,
Andrew MacLeod at the time, CEO of the Committee for Melbourne and recently appointed as the Foundation Chair of the United Nations Global Compact Principles for Social Investment
Rupert Myer, at the time, Chairman of the National Gallery of Australia and Director of the Myer Foundation and Meredith Sussex, board director and public policy consultant.

The panel responded to questions from the floor. Please find below my summary of what was discussed. I would love to take credit for insightful comments and asides, but alas, I am just transcribing the most interesting parts.

Moderated by Hayden Rowsmith, at the time, Chair of the Abbotsford Convent Foundation, the discussion commenced by examining whether there is an underlying assumption that the philanthropic sector is intrinsically ethical by its very nature. There was talk of old style philanthropy or benevolence – not necessarily being ethical because of the perceived imbalance of power between the giver and the recipient. 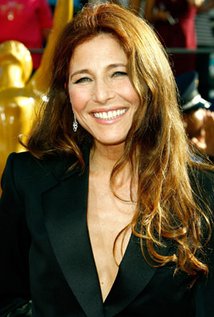 The “complex and contrary human motivations that underpin giving” – as exemplified in the recent film Please Give (with Catherine Keener) were brought up and this fed into later discussion on how to rank philanthropic needs – are some recipients and causes more worthy than others.

I didn’t really feel this was an ethics question, but a good example was brought up of a recent $7m gift to the National Gallery of Australia from John and Pauline Gandel. Apparently the gift was criticised because the money could have been better spent elsewhere. So perhaps one person’s personal choice/pragmatic dilemma could be another’s ethical conundrum.

Another question related to the ethics of the source of philanthropic funds – how responsible must an investor be in relation to the activities of a company in which they have a shareholding. Perhaps the company is doing something “dodgy”. Should investment income from that source not be passed on as philanthropic gifts? Is it ok to accept money from a drug dealer or warlord who might be seeking respectability by building a hospital for which the community will be grateful? What is more important – the hospital or the source? Should there be a disconnect between the ethics of how money is earned and the ethics of how it is distributed?

One argument was that if the money is used well and something good comes from it then the source is not so important (but this leads me to consider the prohibition against accepting philanthropic gifts and sponsorship from tobacco companies in Victoria – as outlined in the Tobacco Act).

Corporate social responsibility, or enlightened self-interest, was touched on briefly – highlighting that companies are now seeing the value of promoting particular programs in the communities in which they operate (for example BHP running an anti-malaria program in Mozambique) which, while benefiting the local community, bring in much better returns for the companies themselves in terms of less absenteeism and better productivity. Is it therefore unethical of the companies to “use” these programs to their advantage? Should ethics be defined by success – ie if a program is good for everyone is it ethically good, but if it doesn’t succeed is it just manipulation?

A particularly eloquent question referred to “floating on an iceberg of the unassailability of globalised capitalist society”. Some members of the panel argued that philanthropy is growing in importance because of the economic structures in place, which replace government with communities working in partnership with philanthropic bodies while other members of the panel felt that the current economic system reinforces our need and reliance on the welfare state safety net.

The costs and efficiencies of grantmaking bodies was touched on briefly, with a general consensus from the panel that costs are relatively low, and that philanthropy needs more professional staff involved.

Other issues which came up which were only bordering on ethics and which deserve their own discussion/debate related to funding urgent issues such as indigenous disadvantage, the tax incentives relating to deductible gifts and whether donors have a right to control the spending of their gift or how much say they should/could have (sponsorship vs donations).

Kant, as referred to in the title of this post, made an appearance at the end, with a reference to his dictum that an action is only good if it is done for the sake of pure principle, not for any benefit accruing back to the donor.

What are the biggest ethical issues in philanthropy for you – as either a donor or a recipient? and  what questions would you have asked of the panel.

I look forward to your comments.

4 Responses to from Kant to Catherine Keener